A MASSIVE HGV that ripped a tree in half and sent it smashing into the road narrowly missed killing a local family in Drakefell Road, Brockley on Wednesday night (October 1). Bystanders and neighbours watched in terror as the steep sides of the 30 tonne recycling lorry caught branches of an overhanging tree, and sent massive boughs and debris cascading into the road, yards from a zebra crossing.

But it could have been even worse. Mrs Munawar Qaisar, who has a 40 year old disabled son, Waqqas, said the wrecked trunk and debris landed on her parking space: She said: “I can only be thankful about the timing. We normally park in the spot where the tree landed. By chance, we were not parked there, or getting in or out of our car when this happened. Otherwise, we would have been killed.” 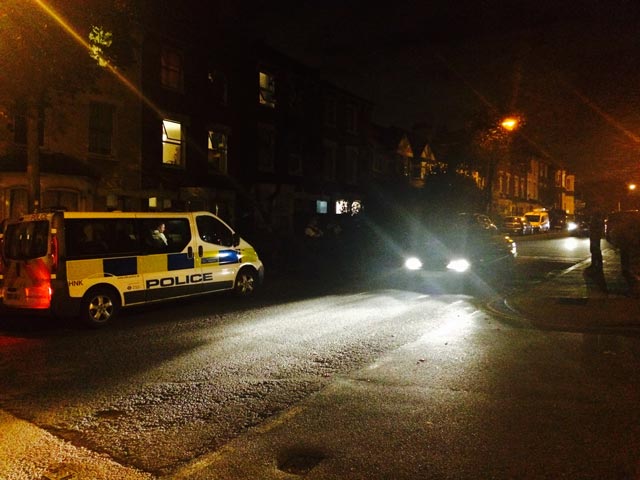 Another neighbour, Pam Ismael, was alerted by a huge crashing sound outside her bay window at 8pm. She said: “It was chaos. People and cars were all in the vicinity of this terrible event. Commuters could have been crushed or cars smashed to bits. I can’t believe there have been no fatalities as a result of this.”

One angry resident initially confronted the lorry driver, who emerged unhurt and was badly shaken – before afterwards comforting him. The resident believed the vehicle broke the weight and size limit.  The lorry, which had sides about forty feet high, was travelling west along Drakefell Road towards Nunhead, when the incident happened. The narrowness of the Victorian residential street meant the huge vehicle needed to pull over to allow oncoming traffic to pass in the other direction. Once the lorry pulled out again, it took the boughs of the tree with it.  Police attended the scene, and a tree surgeon completed the task of removing the tree and debris by about midnight.  The accident comes just three months after a 30 tonne articulated lorry shed its massive load of timber into the road on the junction of Pepys Road and Drakefell, just feet away from passing school children and commuters.

“This incident is part of a pattern of accidents of this kind that lead us to believe it is no longer safe to live on Drakefell Road. Increasing volumes of HGVs, coaches and cars are rat-running along our street and blighting our lives with danger, noise and vibrations.  “HGVs are a particular safety concern for us. We are so lucky this incident hasn’t resulted in death or extensive damage to property.  “I’ve spoken to some of the nearby residents, and they’re very shaken by this and very angry that it should happen. How many more accidents involving huge vehicles do we have to suffer on our street before Lewisham council listens to our concerns and does something about them?”

DRAG hope to persuade Lewisham to ban HGVs from the road, reduce traffic volume, and redesign the street to free up pavements for pedestrians, the elderly and the disabled. They also want measures to make parking safer. Currently, residents have to park half on the pavement to avoid rat running traffic damaging their cars.